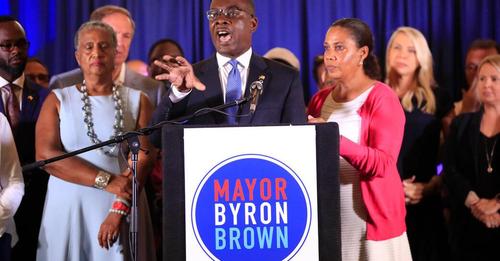 Last week something remarkable happened, with two separate court rulings netting a significant victory for everyone who believes ballot access is fundamental to a well-functioning democracy. This happened when judges in separate proceedings in state and federal courts both ordered the Erie County Board of Elections to put Buffalo Mayor Byron Brown’s name on an independent ballot line for the general mayoral election in November.

Mayor Brown lost a primary contest in June and thanks to New York State’s unfair, onerous ballot restrictions that were jammed into COVID relief legislation, his attempt to secure another line was denied. However, the lawsuit filed by Brown’s campaign pushed back, with Brown’s attorneys arguing that New York’s early petition deadline discriminated against Brown’s independent run for mayor and harmed voters by denying them “not only a choice of leadership but a choice on the issues as well.”  Both judges agreed with the Brown campaign and the Erie County Board of Elections was ordered to place Mayor Brown on the ballot as an independent

Even with both judges in the case agreeing, the fight isn’t over, as the Erie County Board of Elections and Brown’s opponent are appealing the decision. These rulings are significant – injecting a much-needed bit of common sense into a political system that increasingly caters to party leaders and political extremes.

This situation in Buffalo is shining a spotlight on how broken our political system is in 2021.  Just last year, disgraced former Governor Cuomo and the legislature effectively killed off five of the seven to secure a spot on the ballot. The result – more than half a million voters lost their party and there are now 3.5 million people in New York with no designated party enrollment. That’s more than the number of people enrolled as Republicans in New York.

Unite NY has vocally called for New York to open its primary process to these unaffiliated voters, giving voice to these millions disenfranchised.  New York is one of only nine states with closed primary system, meaning more than one third of all New York voters have no voice in the primaries. This year in Buffalo, that meant about 11,000 voters determined the outcome of the primary in a city of about 250,000.

While it is one step in the process, these court decisions are significant. Unite NY is rallying to support the rulings, but more importantly, we are leading the charge to enact the real reform New York needs – open primaries, restored ballot access and public trust to repair our broken political system.