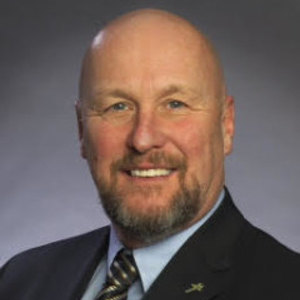 John Bullis, Dean Emeritus, served in leadership positions on two State University of New York community college campuses (Herkimer College and Mohawk Valley Community College), in addition to serving two years as the Executive Director of the Cooperstown Chamber of Commerce. His work in organizational development, government relations, community relations, change management, fundraising, and institutional research has had a significant impact on thousands of people over a career that spanned four decades.

He has been recognized regionally, nationally, and internationally, having received the Genesis Award for Healthcare Leadership, the prestigious SUNY Chancellor’s Award for Excellence in Professional Service, and the North American Council for Staff, Program, and Organizational Development (NCSPOD) Exemplar Award.

Bullis has earned degrees at Oneonta State College; Cortland College; and Herkimer College, and completed a program of study in Management Development at Harvard University. In addition to being the state chair of Unite NY, he currently serves on the governing boards of the Bassett Medical Center in Cooperstown and the Human Technologies Corporation in Utica; and has served on the boards of Little Falls Hospital; Bassett Healthcare Network; the New York State Division of the American Cancer Society; the Middleville Free Library; and the Presbyterian Homes Foundation.

In his spare time he rates golf courses for the New York State Golf Association and is an Off Ice Official in the American Hockey League.

A proud veteran of the U.S. Navy, Dean Bullis resides with his wife Janet in their solar home on the West Canada Creek in the Town of Fairfield. His daughter Amy Jo lives with her husband, Jason, and their daughter, Daphne in Eagle Rock, CA.