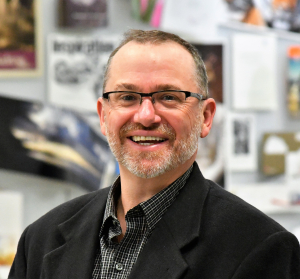 Paul Allen is a life-long resident of Cortland County where he and his family live and spend time running their family owned farm, Finger Lakes Greenery  located near the family homestead he grew up in Virgil, NY. He’s employed by Eastern, a Xerox Business Solutions Company where he’s worked for 28 years. He is a Production Print Specialist who sells digital production printing equipment and solutions in the Upstate New York and Northeastern Pennsylvania areas.

Paul has had an active background in public service. He served Cortland County as a Cortland County Legislator, where he ran on and instituted fundamental changes. He was a key leader who chaired the Highway & Transportation, Solid Waste and Governance Evaluation Committees.

He was a Republican committeeperson for 25 years and has worked on countless campaigns. Paul was a member of the NYS Delegation (Alternate Delegate) representing the 22nd Congressional District for the 2016 GOP Convention in Cleveland.

Paul is a member of the NYS Open Space Commission, and has been very active on matters of land stewardship and land preservation. He served on the Board of Directors for the Lime Hollow Nature Center for 10 years, including 5 years as chairman. Other past community involvement includes service on the boards of JM Murray Center, Cortland County Community Action Program, Salvation Army, and Cortland County YMCA. He has also been involved in recent years with preparedness education and advocacy.