The Upstate Jobs Party is a political movement dedicated to the creation of more good jobs in Upstate NY.  Our mission is to become established as a political party that is focused on conversation, cooperation, and collaboration among the people who live and work Upstate. 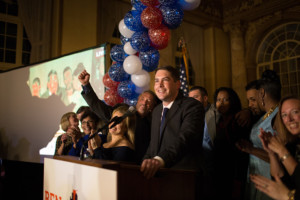 In our journey to become a constituted party that is ballot eligible throughout  New York State, we must first qualify by having a gubernatorial candidate receive 50,000 votes on the UJP ballot line in a general election. We’re not at a stage of development to achieve that in the 2018 election cycle so are embarking on a multi-year effort to grow our base of support with voters, candidates, and elected officials in anticipation of having a significant voice in the 2022 gubernatorial election.

Motivated by Ben Walsh’s victory as the first independent Mayor of Syracuse to be elected in over 75 years (UJP ballot line), the Upstate Jobs Party has announced the endorsements of three candidates in the 2018 election.

Bob Antonacci is a candidate for New York State Senate District 50. Antonacci is a leader who truly understands what is needed to improve the business climate, monitor state government programs, and create real job opportunities to retain our best and brightest residents – ingredients to building a competitive workforce for the 21st Century. Voters will have the opportunity to support Antonacci on the UJP ballot line on November 6, 2018. 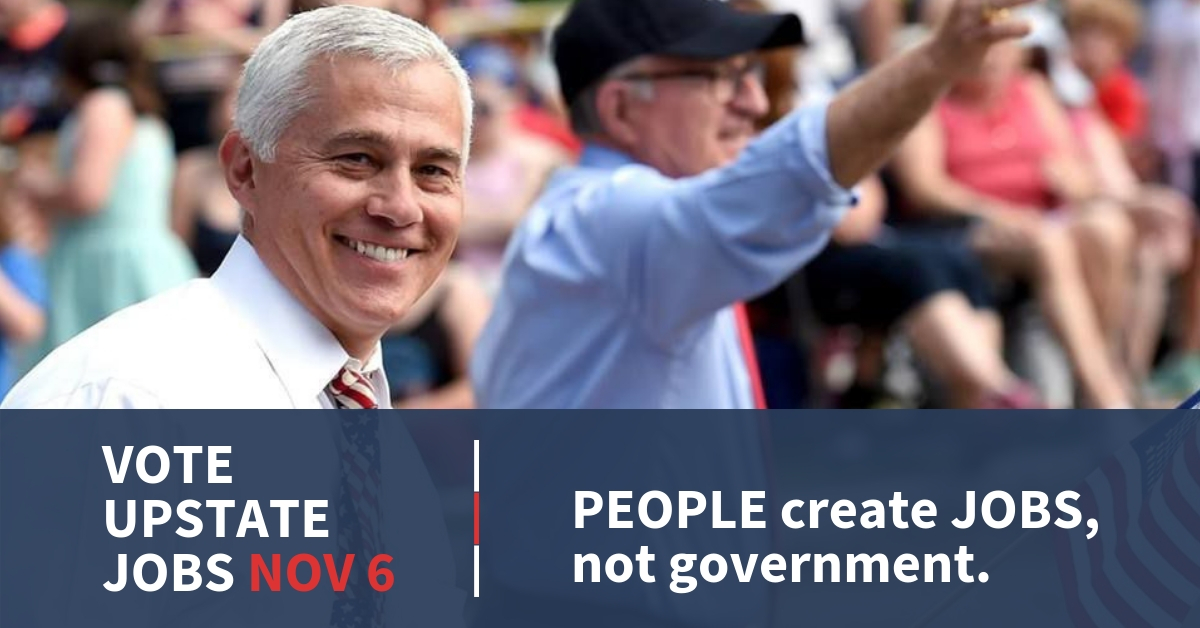 The Upstate Jobs Party also endorsed Daphne Jordan for New York State Senate in the 43rd District, and Carrie Woerner, for re-election to the NYS Assembly District in the 113th. Jordan and Woerner both have strong track records of supporting economic development to create high-paying jobs, and cut Albany’s wasteful government spending.

All of these candidates are championing initiatives that align with UJP’s principles, which reinforces our belief that people, not government, create the private sector jobs we must have to restore economic vitality to Upstate NY. Our efforts to support their initiatives will evolve UJP into a state-wide organization of volunteers and supporters as we build strength and focus leading up to the 2022 election.

New York State Board of Elections recognizes  Upstate Jobs Party as an independent body dedicated to advancing policy ideas and approaches that will improve our Upstate economy through private investment and entrepreneurship.

The Upstate Jobs Committee is an independent expenditure organization dedicated to supporting and endorsing candidates who are committed to supporting job creators, keeping talent local, and reforming government to increase transparency, stop corruption and support policies and resource allocations that foster job creation. The Committee does this through targeted messaging, advertising, and outreach in support of candidates who will uphold these ideals.  Our efforts are regulated in the same manner as established political parties though we are not permitted to coordinate with candidates as established political parties are permitted to do.

So while there are many obstacles that stand in the way for a new party to be created within New York State election laws, our hardy group of volunteers are committed to stay the  course and look to grow in numbers as we connect with others who share in the belief that making a difference in the political process can be accomplished.
If you’re interested in learning more about this effort, or to better understand the dynamics of the political process and State election law, drop us a message at INFO@UpstateJobs.org. We welcome dialogue on our strategy for 2018 and beyond.