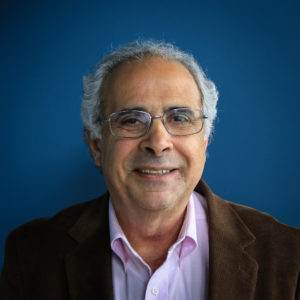 A new poll by John Zogby Strategies reveals that overwhelming numbers of New Yorkers are ready to support open primaries, ending a long tradition of “party only” voters in primaries. The poll of 1,505 likely voters statewide was commissioned by the new non-partisan reform organization Unite NY, and was conducted by John Zogby Strategies on September 28. The online poll has an overall margin-of sampling error of +/-2.6 percentage points. Error margins are higher for subgroups. (For a detailed methodology statement and results, click here).

The Unite NY/Zogby Strategies Poll was unveiled last week at a sold-out event attended by the public and a bipartisan delegation of NYS legislators at the Rock City Centre in Little Falls, NY.  The poll reveals that only 38% of likely voters in New York feel “very” or “pretty” satisfied with how the political system works. A majority (56%) believe that the system does not work in its current form and needs serious changes. The demographic breakdown for the majority response is 70% of Republicans and independent/nonaffiliated voters, 42% of Democrats, 61% of Upstate voters, 58% of those in New York City’s suburbs, and 49% of folks in the City.

When asked about open primaries as a solution to the state’s dysfunctional political system, 30% say that it could bring about “major changes”, another 34% “minor changes”, and just 20% “no change at all”. Independent/nonaffiliated voters were more sanguine about this reform with 41% feeling open primaries can mean “major change” and 31% “minor change”. Under the present closed primary system, New York State’s independent voters not registered in a party have no path to participate in voting in a primary election.

Three in four voters (76%) agree that “open primaries should allow independent voters to have a say in which candidates advance to the general election.” This includes 76% of Democrats, 73% of Republicans, 81% of independents, 80% of progressives, 81% of liberals, 77% of moderates, and 75% of conservatives, and 72% of very conservative voters.

More than two-thirds (68%) agree that “open primaries bring freshness to a system that is currently “corrupt, stale, and hyper-partisan.” Once again, support is strong across the board with 65% of Democrats, 72% Republicans, and 69% of independent/non-affiliated voters.

If a candidate advocated for open primaries to empower voters, 62% say they agree that they are more likely to support that candidate. Seventeen percent disagree and 22% are not sure. This includes Democrats (61% agree, 16% disagree), Republicans (62% agree, 18% disagree), and independent/nonaffiliated voters 65% agree, 15% disagree.

n  Nearly half (47%) believe that politics in New York State are “off on the wrong track.” Of these, 61% cite “corruption,” 55% “the same politicians stay in office too long,” and 44% feel that “special interests” control.

n  New York voters are not in a trusting mood. While 84% say they have either a “good deal” or “some” trust in members of their family, no one else tested came even close to generating such confidence – 52% in local Democrats, 50% each in state Democratic leaders and labor unions, 48% in church leaders, 41% in local Republicans, and 38% in state Republican leaders.

Unite NY is a new political home in New York State for Republicans, Democrats, conservatives, liberals, and independents to come together to seek common sense solutions.  Focused on a non-partisan approach to fixing real problems in our government, democracy, and economy, Unite NY supports candidates who understand working together is the only way we can succeed.  Learn more at www.UniteNY.org.

The world-renowned firm provides a wide range of research and advisory services to clients across the globe. It was founded by pollster, author and trend-spotter John Zogby and his sons Jeremy and Benjamin. https://johnzogbystrategies.com/