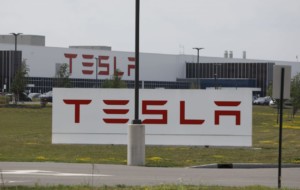 Image courtesy of the Buffalo News

UJP has regularly raised questions about the wisdom of New York Economic Development officials trying to pick winners and losers in funding major projects.  One such project has been the marquee Buffalo Billion project of Tesla.

Just this week, new questions have arisen about the project, including a major write down of $884 Million!

“Now, auditors are saying the building and all that equipment is worth just under $75 million – or just 8% of what the state put into the RiverBend factory.”