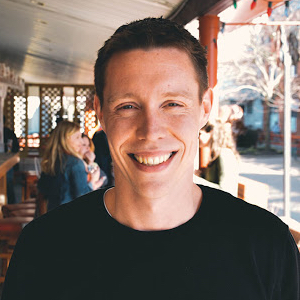 For most of my adult life, I have watched the political world around me crumble. Partisanship has driven wedges between my friends, family, and neighbors.  Many of my state’s leaders have resigned or been imprisoned due to corruption. Debt levels have risen to extraordinary and unsustainable levels.  Education has fallen by almost every metric. Our political climate is a disaster. Society can barely agree on what a fact is.  Over and over again I ask myself, what kind of country are we leaving our children?

I fight to Unite New York in order for my children to have a chance at a future as good, or better, than our present.

Our two-party system has deteriorated into a zero-sum game.  Each party cares more about power and posturing then what is actually good for the country.  Our two national parties cannot overcome their biases in order to govern. The increasing frequency and length of government shutdowns is a prime example.  Each party knows that a shutdown is bad for all Americans.  It hurts the nation’s credit rating, increases the cost of borrowing and hammers financial markets.  Yet both parties would rather shutdown the government than be viewed as “giving in” to the other side, even at the cost of billions of dollars!

The implosion of New York’s “independent” redistricting committee is another example. Instead of creating a bi-partisan set of maps reflecting our population as they were mandated to do, this group created two different partisan maps. One map is the Democratic map, and one map is the Republican.  Think about that for a moment.  This group had one job — to be open and bi-partisan — and they were unable to do it.  To make matters worse, there is no accountability for this disgrace.  We just chalk it up to politics as usual and move on.  Not only is this a very visible demonstration of the two parties refusing to cooperate, but it also has real life impacts.  In 2022, the voters and candidates of redistricted areas will likely not know which district they are in until after they vote!

How can we fix this? How can we bridge the partisan divide and get people to work together again? It will take work.  There are some short-term fixes and many more longer-term ones.  One easy change would be to institute open primaries in New York, which is sadly one of only 9 states without such a system. Open primaries would stop parties from catering to the extremes.  Candidates would have to consider independent voices when they craft their ideas, not just the most vocal, and often most extreme, members of their parties.

We can also reduce signature thresholds and ballot requirements, so third parties can participate in elections.  Currently unaffiliated voters – those that choose not to be in a party – are the second largest political affiliation in New York.  That means almost a third of our state’s voting population, many of them moderates, are unable to participate in the political arena.  Including their ideas in the political discussion can only benefit the process.

A bigger and more serious challenge is education. We have not taught our children how to critically engage with the world around them.  As more information is found on the internet, it becomes more important than ever to ask critical questions in order to decipher fact from fiction.  Examples of misinformation, especially in the realm of social media, are so abundant it is frightening.  By refocusing our educational system on interpreting and understanding information instead of just memorizing and repeating it, we can teach our children to think critically.

We can turn this downward slide around.  We can choose to Unite for what is truly in the best interest of our people and our state, instead of what is in the best interest of the political establishment.  We can teach our youth that the choice doesn’t have to be right or left on every issue, but instead can be to choose common sense and positive results.

When we Unite NY, we work towards a better future for all New Yorkers.  Won’t you please join us?