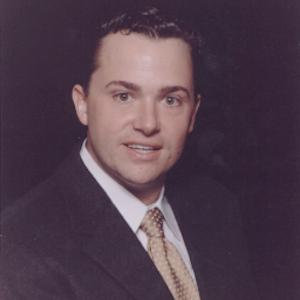 Our political system in American is suffering from the long-term effects of a two-party stronghold that has made reasonable political discourse and good governance nearly impossible. Our political differences are constantly inflamed by both major parties, intent on stoking emotions and inflaming animosities with buzz words and phrases.

The good news is the voting populous is growing weary from the effects of all this rhetoric, and this is leading to the creation of new movements like Unite NY.  I’m excited to be part of Unite NY, because it’s a place where likeminded people are banding together to come up with solutions that will return sanity to our system. What we’re doing at Unite NY is making an important difference.

I fight to unite because we need voices in the middle that can work collectively to get things done – not for our party, but for our state.

I’ve seen firsthand how party politics can stymie progress. While serving as a county legislator, my colleagues and I worked together to put in place a long-term strategic plan for our county. Not long after, the majority flipped and overnight the work that had been done was quickly discarded. The initiatives in this plan weren’t inherently political – I’ve yet to drive anywhere in Cortland County and find either a Republican or a Democratic road.  However, anything not perceived as a victory for the new majority party was dismantled. We simply can’t affect meaningful progress if our elected leaders continue to abandon long-term planning in favor of scoring political points with party bosses.

Look no further than our current supply chain crisis to understand how a system focused on short-term political victories thwarts long-term planning and any benefits to be derived from such plans. We have known for 20 years that China and other suppliers were transitioning to deep water shipping vessels to move goods around the globe, but that we lacked deep-water ports in the United States necessary to remain competitive. Through the New York State Association of Counties (NYSAC), we discussed the importance of this issue and how construction of a port along NY’s Northern border would be a tremendous opportunity for New Yorkers and beyond; but nothing was ever accomplished. Inability to work together for the common good has consequences. Now, 20 years later, New York has no Upstate deep-water ports and our country’s supply-chain crisis worsens by the day. That’s no way to govern.

For an example of a clearly broken system, look at the fiasco that is New York State redistricting – where a “nonpartisan” process was put in place, only to devolve into gridlock. The net result is the same closed-door process that has been used for decades, now taken to an extreme.  Despite a constitutional amendment to change the system to a bipartisan process, this week the Legislative majorities in both houses will choose their own district lines. Is it any wonder New Yorkers are fleeing the state in record numbers?

We need to open up our primary process so that the two major parties don’t exclude 3.5 million people from meaningful participation in the electoral process.

We need to open up ballot access so that we have more than a two-party monopoly on the decisions that shape all our lives.

Unfortunately, solutions often elude us because many of the brightest, service-minded individuals are either turned off by politics or they’re not connected to the “good ol’ boy” network. Anyone seeking party support to run for public office can and will be shut out of our political process if they are not hand-picked by a very small group of party leaders. Let’s enact reforms that welcome real public servants and community leaders into service, lessening the influence of party bosses.

That’s why I fight to Unite. Won’t you please join me?

It’s time we put power back in the hands of the people.